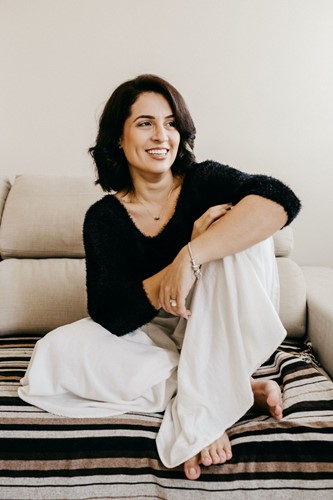 What is a Hysterectomy?

A hysterectomy is the surgical removal of the uterus. It is recommended when the uterus is damaged, is bleeding, is cancerous, or is causing health concerns for the woman. It is a common procedure, and each year, many women undergo a hysterectomy. While it has been a historically complicated procedure, major medical advances have allowed for this surgery to be performed in a much simpler form. Doctors at Leavitt Women’s Healthcare are skilled in the latest procedures of a hysterectomy and are able to provide patients with the highest degree of care and service. These doctors are skilled in providing safe and effective procedures to treat women when they are in need.

What is Laparoscopic Surgery?

Laparoscopic surgery is a procedure performed utilizing a small camera inserted into the body. Through this camera, a surgeon is able to view a live video stream of the affected area. Since the camera is so small, doctors are only required to place a small incision in the area that is being operated on. This allows for faster recovery and reduced chance for complications related to surgery. Since traditional hysterectomies were complicated and caused numerous side effects, the use of laparoscopy to complete this procedure is a benefit to the patient as they can enjoy the benefits of improved recovery time.

What Should I Expect Following the Laparoscopic Hysterectomy?

Since every woman’s body is different, exact times of recovery are not always known. Traditionally, women required several weeks of recovery from a hysterectomy. With the advances in laparoscopic hysterectomies, women can typically expect to return to work within a week to two weeks following their surgery. As their doctor monitors their progress, women are able to move forward in their lives thanks to the improved surgical techniques of Leavitt Women’s Healthcare. If you believe that you have a health complication that may require surgery, the ability to reduce the pain, invasiveness, and discomfort of a surgical procedure is beneficial to women and enables them to move forward in health and wellness.

How do I know what type of hysterectomy is best for me?

Tubal ligation can be done at any time and does not affect your menstrual cycle. 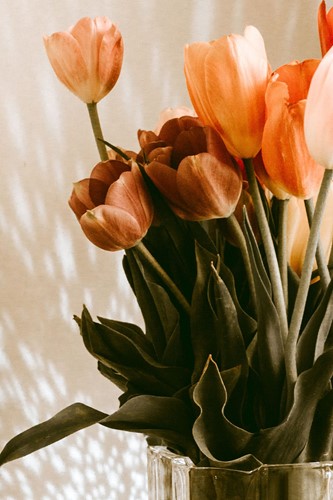 What is a Tubal Reversal?

A tubal reversal unblocks the fallopian tubes after a procedure like a tubal ligation or the placement of a device like Essure. During a tubal reversal, depending on the type of tubal ligation the patient had initially, the doctor will reopen, untie, or reconnect the fallopian tubes to allow eggs released from the ovaries to reach the uterus. While most tubal reversals are successful and woman are able to become pregnant, the procedure has the best chances of success if the original surgery only removed small parts of the fallopian tubes or if the tubes were closed with rings or clips. A woman’s general health and medical history are also considered when a tubal reversal is requested. The physicians consider the patient’s age, the type of the original tubal ligation surgery, if she has had healthy pregnancies in the past, and if the patient has ever had surgery for conditions such as endometriosis, uterine fibroids, or pelvic inflammatory disease. Surgeries often leave scar tissue that can cause fertility issues and negate the effects of a tubal reversal.

What Happens During a Tubal Reversal Procedure?

The physicians at Leavitt Women’s Healthcare perform tubal reversals laparoscopically whenever possible. The surgery is performed using special instruments which are inserted through small incisions in the patient’s abdomen. One of the instruments is a laparoscope, a slender tube with a camera and light mounted on the end. The camera sends a live video feed to a monitor in the procedure room, allowing the doctor to see the procedure without an invasive traditional open procedure. The surgery is performed under general anesthesia, and most patients are able to return home on the same day.

What Happens After a Tubal Reversal Procedure?

After a tubal reversal, most women return home and spend a few days resting before returning to work. Heavy lifting and other strenuous activities should be avoided until the doctor says it is allowed. To determine the success of the surgery, the patient will usually have an x-ray test with a dye to check if the fallopian tubes have been successfully opened. If the surgery is successful, most women are able to become pregnant within 12-18 months.

What is tubal reversal surgery like? What is the success rate?

A Pelvic Organ Prolapse occurs when the bladder, uterus, vagina, small bowel, or rectum droop or descend outside of the vaginal canal or anus. It can be caused when there is increased pressure within the abdomen such as: pregnancy, labor, childbirth, hysterectomy, obesity, and constipation.

The symptoms of prolapse vary depending on which organ is affected, and some women may not even notice any symptoms. Symptoms may include: low backache, leaking urine, chronic urge to urinate, painful or discomfort with intercourse, constipation, vaginal spotting or bleeding.

What is Bladder Testing?

Bladder testing determines the health and function of a patient’s bladder. In addition to urine sample testing, which checks for blood or proteins in the urine to determine if a bladder condition is present, the doctors at Leavitt Women’s Healthcare may use a variety of other tests including:

Why Would I Need Bladder Testing?

The doctors at Leavitt Women’s Healthcare may order bladder testing to diagnose the cause of urinary incontinence, chronic cystitis, painful bladder or frequent urination, problems with emptying the bladder completely, or issues with starting a urine stream. Women who experience any of these conditions or symptoms should seek medical attention. While some conditions affecting the bladder can feel embarrassing, the doctors are professionally trained and experienced in helping women with bladder issues.

What is Bladder Repair?

When a physical issue in the bladder or the supporting pelvic floor is the cause of urinary incontinence or other condition, the doctors at Leavitt Women’s Healthcare can perform minimally invasive bladder repair surgeries. These surgeries may include the placement of a mesh support for the bladder or repairs to the pelvic floor itself. If the bladder is damaged or if large bladder stones need to be removed, the doctors can also remove the stones and repair the bladder. Minimally invasive surgeries are performed whenever possible as the outcomes are better for the patient. 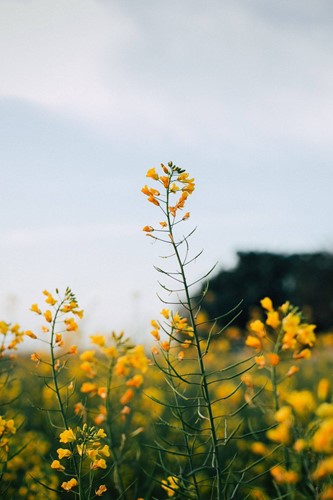 How do I know what is causing my urinary incontinence? What can be done to treat it?

Endometrial ablation is a non-surgical procedure to remove the endometrium, a thin layer of tissue, that lines the uterus. It is done to stop or reduce menstrual bleeding and is only done on women who do not plan to have any children in the future.

What is an endometrial ablation surgery? Is it right for me?

At Leavitt Women's Healthcare, we offer a service to our patients that helps their body return back to normal functioning after delivering a child or as your body ages and changes. We have a treatment, Votiva by Inmode, that allows us to perform non-surgical procedures to help tighten the skin and muscles of the pelvic floor and other areas of the body.

When your body goes through something as traumatic as childbirth, it can take a long time for it to physically recover from the damage. This new treatment will help us to speed up that recovery process. 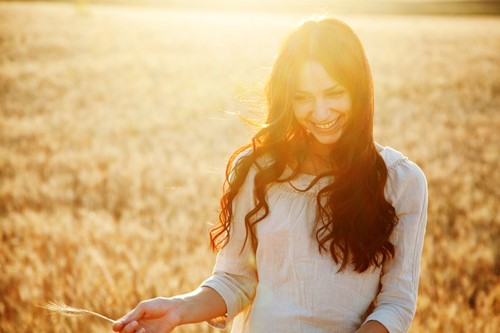 What is Votiva? What is feminine rejuvenation? Is Votiva right for me?

Endometriosis is a condition where the lining of the uterus or Endometrium, gets displaced outside of the uterine cavity. It then reacts to a woman’s normal menstrual cycle changes causing inflammation, pain, discomfort and sometimes infertility.

Unfortunately, endometriosis is a common gynecological condition affecting up to 10% of women in their childbearing years. Because endometriosis can implant in a variety of places, symptoms vary. Some women may not have any symptoms. Pelvic pain is the most common symptom, and it is important to know that the severity of pain does not indicate the degree or stage of the condition. Other symptoms include: painful periods, cramps 1-2 weeks around menstruation, heaving bleeding during menstruation, bleeding between periods, pain with or after sexual intercourse, low back and/or abdominal pain during menstruation, painful bowel movements, and infertility. It is important to have regular gynecological exams monitoring your symptoms and any changes.

Definitive diagnosis for endometriosis can only be obtained by laparoscopy, however, medical history, physical exam, and ultrasound can often be used to determine the likelihood of having the condition and can then be treated accordingly. 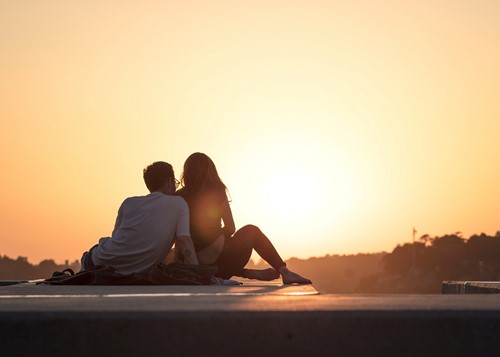 Endometriosis currently has no known cure, however, the symptoms can be managed. Everyone reacts differently to endometriosis treatment options, our providers will work with you to find which options work best for you. Medicinal options include pain medication, hormone therapy, hormonal contraceptives, and GnRH agonists and antagonists. Surgical options include laparoscopic surgery to remove or destroy endometrial growth and hysterectomy.

What is endometriosis, its symptoms and treatments?

Labiaplasty is a surgical procedure that reshapes the inner lips of the vulva, or the labia minora. Women seeking this surgery often have excess labia that can cause pain, irritation, infection or difficulty urinating. Labiaplasty can also be done for cosmetic reasons to restore a youthful look after childbirth or aging.